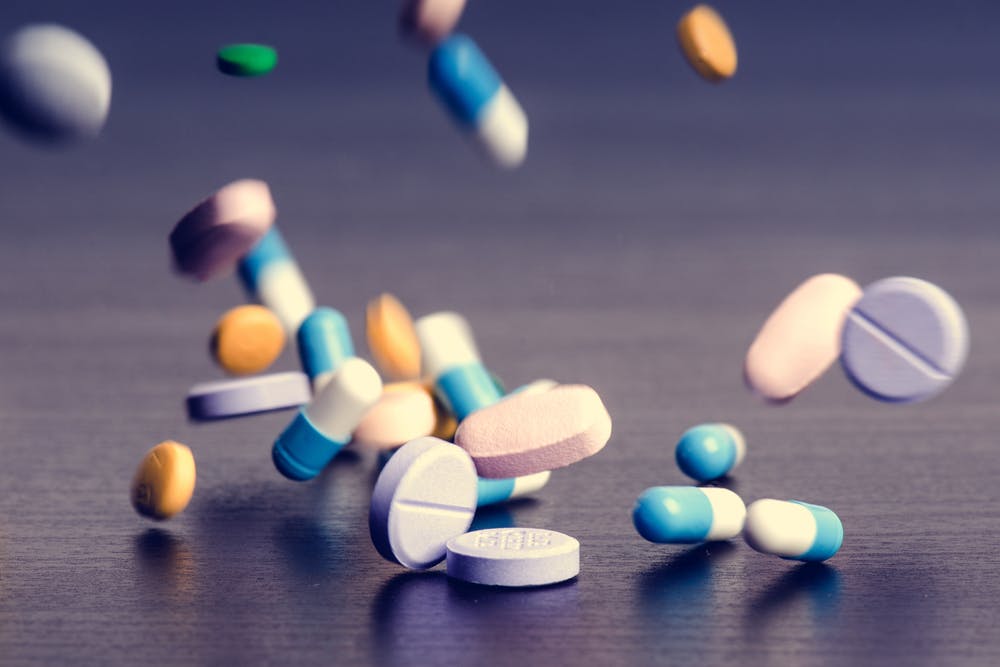 Nina Iyola is in her thirties. She tested positive to HIV virus some years ago.

Initially, her people did not know what the matter was with her. So, when all manner of treatment failed to cure the ailment, they went for spiritual healing.

“I lived in a church for one month. They took me to the river and bathed me. But still, the ailment persisted,” Iyola said. She is now on Anti Retroviral Drugs (ARV).

” At first, I did not tolerate the drugs, but I persisted. Just as I was getting used to the drugs, there was the national stock-out. I could not afford to buy the drugs at N12,000 from the open market.

“So, I spent three months without taking ARV. When I resumed, I found out that I could not tolerate anything.

Everything I ate, I passed out. Infact, the doctors say they have done all they can for me.” Maybe Iyola represents the extreme case of ARV intolerance.

For Hawa Abubakar, ” I tried to buy the drugs myself, but I can no longer afford it. See all the bumps all over me. I have been begging the co-ordinator of my support group to include me among those on government scholarship.” This set of people pay only N1,000 monthly for ARVs.

Yet another young mother of a set of twins lamented that “no one told me that taking ARVs was for life. I thought I could take the drug to improve my health and then stop when I get better.

” Now, my husband is dead, I am not working and I have these two children to fend for.

So, I cannot afford to keep on purchasing the drugs in the open market.” The story of these three women represent the dilemma of many people who are on ARVs today.

The need to ensure that there is enough literacy and provision to meet the needs of People Living With HIV and AIDS (PLWHA) has resulted in the formation of a Treatment Action Committee (TAC) in most countries.

In South Africa, the committee is very active, pushing for government to effectively get involved in the treatment of PLWHA.

Last year, here in Nigeria, a meeting of some stakeholders of those working in the area of HIV and AIDS identified the need for the country to have its own TAC.

Journalists Against HIV and AIDS (JAAIDS) undertook to provide the space for TAC activities.

Recently, JAAIDS conveyed a meeting of stakeholders on HIV and AIDS treatment.

At the occasion, National Action Committee on AIDS (NACA) Chairman, Prof. Babatunde Osotemehin, called for the propagation of information about the treatment “to all those who should know”.

He said treatment should not only refer to the use of ARVs but also to drugs for opportunistic infections, saying only about 30 per cent of those who tested positive, would need ARVs.

The NACA chairman said the issue of care “must be strategically located in preventive and care measures,” so that once people test positive, they would be taught how to live positively in order to extend life.

He said government’s ARV programme, which started with 10,000 persons, had been extended to about 14,000, pledging that government planned to further increase that number.

JAAIDS Executive Director, Omololu Falombi, called for a review of government’s expanded response to HIV and AIDS otherwise known as (HEAP). He called for increased participation by the civil society, especially in monitoring.

He also called for greater media support for HIV and AIDS programmes, as well as equipping PLWHA with the relevant knowledge and skills.

Collaboration between the media, civil societies and other stakeholders must be strengthened for an accelerated and effective implementation of HIV and AIDS policies, he stressed.

A facilitator at the event, Rolake Nwangwu, said she tested positive six years ago, but had not been on ARVs. She said treatment involved ensuring that PLWHA had easier access to not only ARVs but drugs for opportunistic infections.

Dr Oluwatoyin Salawi of the Sexually-Transmitted Infections department of the Federal Health ministry, Abuja, pledged that there would be training of medical personnel on HIV and AIDS issues.

She listed such issues as those involving profilatic treatment, ARV sales, as well as support for proper enunciation and implementation of policies.

Salawi listed challenges in the field to include the scaling up of ARV, sustainability, accessibility, maintaining essential drug list, training of a critical mass of the relevant care givers and other medical personnel.

Network of PLWHA President, Dr Pat Matemilola, called for compassion and support for PLWHA as well as elimination of stigmatisation.

Matemilola said that to mitigate the problem of PLWHA, there should be the assigning of sectorial roles and responsibilities. He said the distribution system of drugs was poor, causing artificial scarcity and stock-outs.

He also called for research into resistant strains as well as co-ordination of all federal and state ARV programmes.

According to him, all protocols should be complemented with institutional guidelines.

He agreed with Nwangwu that there was a discordant tune between policy and implementation of guidelines.

Dr Jerome Mafeni of the Futures Policy called for the closing of gaps between policies and their implementation.

“National policies should be stepped down into mini policies to avoid conflict,” he pleaded.

He said there had been a resource gap, during the military era and called for the legislature to give teeth to implementation.

“Policies must be constantly updated to response to the changing dynamics,” he suggested.

He called for proper budgeting and co-ordination among all stakeholders in both private and public sector. He also called for increased mobilisation and sustainability of all activities.

Dr. Wole Daini, another resource person, called for a re-orientation of programmes to give hope and life to PLWHA. He said the issue of HIV and AIDS could not be discussed in isolation of the prevalent harsh economic condition in the country.

He said all sector must increase the tempo of their AIDS-related activities while Nigeria should regularise the treaty on importation of generic drugs.

In the alternative, he suggested that the country declare that HIV and AIDs had become a health emergency so as to reap the benefits of having a waiver.

Other issues that came up include the issue of ARVs for children, local remedies as well as those of vaccine trials.

At the end of it all, it was clear that a lot needed to be done in terms of information dissemination, affordability and accessibility of both ARVs and drugs for opportunistic infections.

It was also obvious that there was the need for greater multi- sectorial collaboration and greater involvement of medical personnel as well as PLWHA.