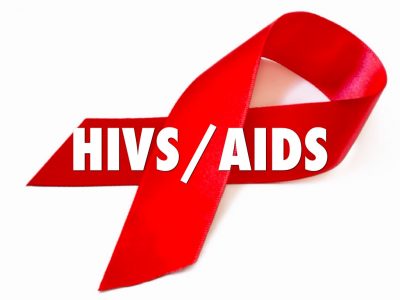 According to a study conducted by Journalists Against AIDS (JAAIDS), Nigerian newspapers and magazines report more responsibly and more thoroughly about HIV/AIDS now than they have in the past. However, certain aspects of HIV/AIDS coverage in Nigeria still need improvement.

The study, which was conducted between March 2002 and February 2003, selected 12 daily newspapers and 10 weekly news magazines as its sample group. More than 1500 articles dealing with HIV/AIDS printed in these publications during the period of study were evaluated by the research team, which was led by Lekan Otufodunrin.

The researchers rated over 80 per cent of the articles ’good’; less than 10 per cent of the stories earned the rating ’poor’. A story was deemed good if it was well written and included the who, what, where, when and how of the issue. Otufodunrin explained that the study also rated the headlines, the language, the use of pictures and illustrations, and the space allocated to each story.

“In the last five years, the Nigerian media has improved on its coverage of HIV/AIDS with more attention given to the virus and all its ramifications,” said Otufondunrin. “Beyond the health perspective, the Nigerian media now focuses on the effect of HIV/AIDS in all sectors, especially as it affects the standard of living of the people infected with the disease and the nation’s economy.”

In addition to the improved accuracy of news coverage, today the Nigerian media also devotes more newsprint to covering HIV/AIDS than it has in the past.

Kingsley Obom-Egbulem, information resource officer for JAAIDS, said: “The results of the 2002 report indicate that HIV/AIDS is in the news. Journalists are aware that there is a need to write about it, and that HIV/AIDS needs to remain in the news for communities. These communities rely on the media to tell them what happens, and they need to be made aware that indeed HIV/AIDS is here and infecting people.”

According to Otufodunrin, the increasing responsibility of Nigerian coverage of HIV/AIDS is partially attributable to workshops and seminars held by JAAIDS. As taboos and myths surrounding AIDS have broken down, papers have begun to offer more hard-hitting coverage.

“Newspapers have become very concerned about the virus, unlike before when some supported the erroneous belief that the disease was not real,” Otufodunrin said. “A national newspaper, “New Age”, for example, recently ran a week-long awareness campaign on various aspects of the disease.”

Additionally, newspapers work with people with HIV/AIDS now to document aspects of regular life with the disease.

“Knowledge has increased. People Living With AIDS (PLWAs) are now coming out to educate journalists on the A-Z of living with HIV/AIDS, or better put, living positively with the disease, ” Obom-Egbulem said. “Journalists now consult with PLWAs before using their pictures. They talk together about ethics.”

However, some aspects of media coverage of HIV/AIDS still need fine-tuning. Soft-sell magazines – those that derive much of their revenue from impulse purchases based on cover stories and pictures – tend to continue to offer consumers sensationalistic headlines and coverage.

“The worst articles analysed for the study emanated from the soft-sell journals and the reason is simple: none of their reporters had the privilege of being educated on HIV/AIDS as well as communicating HIV/AIDS appropriately,” Obom-Egbulem said.

Additionally, Otufodunrin said that coverage of HIV/AIDS in rural areas needs to improve. JAAIDS is currently preparing the full report for publication.