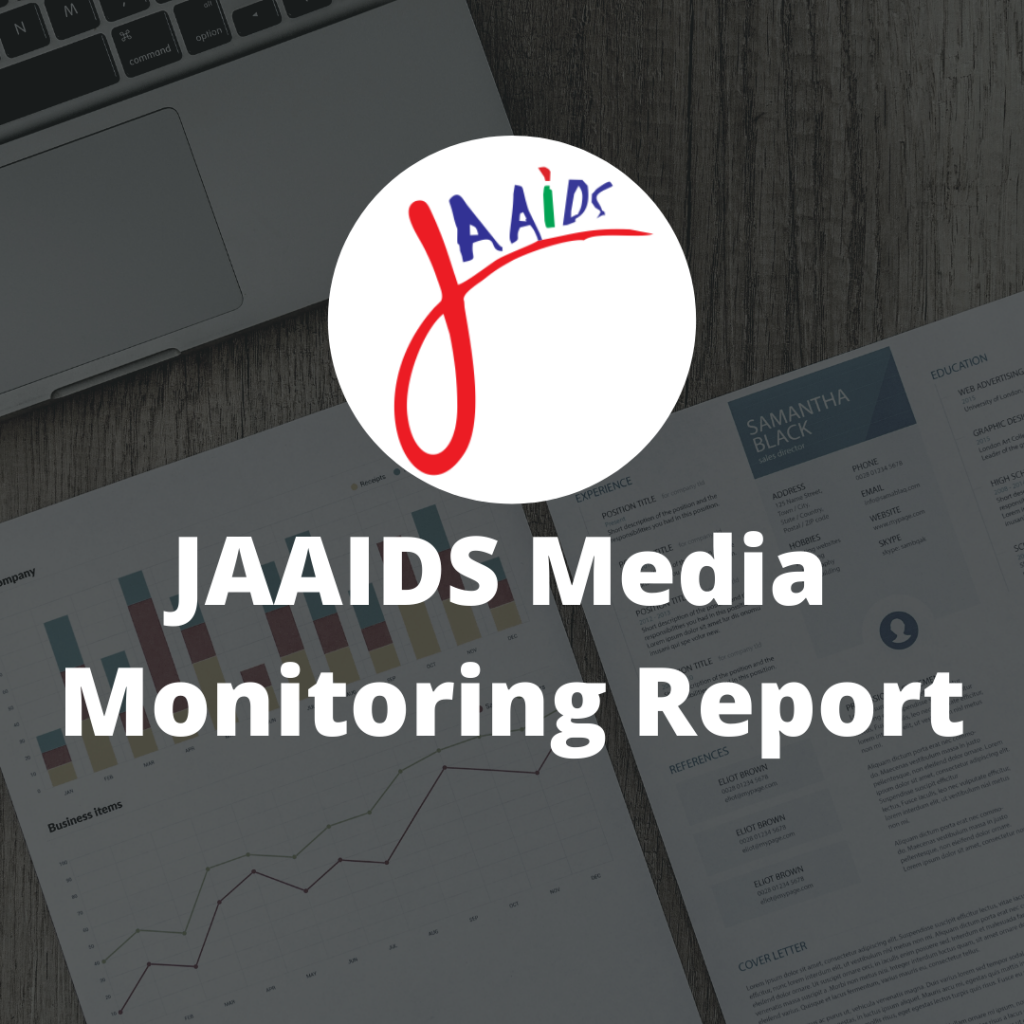 How Herbs can alleviate AIDS symptoms

Though scientists are still working hard at getting a cure for HIV/AIDS, some traditional medicines have shown to be capable of helping to treat many AIDS-related
opportunistic infections. But not many people know this or
believe it.

That’s why ‘How herbs can alleviate AIDS symptoms, by WHO’, a two-page feature report in the Natural Health section of Guardian on November 30, attracts attention
because of its focus-using herbal medicine in managing HIV and AIDS.

In the report, a number of herbs were listed out from a publication- Living well with HIV/AIDS: A manual on nutritional care and support for people living with
HIV/AIDS which was published by the Food and Agricultural Organisation (FAO) and the World Health Organisation (WHO).

The use of these herbs and their preparation including the side effects were also explained in the report. Some of the herbs highlighted include Garlic, Ginger,
Lemon, Neem (Dogonyaro), Aloe, Mint, Thyme and Cinnamon. These herbs, as emphasized by the story have antibacterial, antiviral, antifungal functions among others and help in soothing indigestion, throat infection, herpes and diarrhea as well as nausea relieve.

A good point about the story is that it is refreshingly different from other articles in the month. Moreover, it is written in such a simple style
that a PLWH can easily follow it in treating opportunistic infections.

Unfortunately, not one individual, be he an AIDS treatment expert, nor a person living with HIV or an herbal medicine practitioner in Nigeria who knows
about herbal treatment options for opportunistic infections associated with HIV/AIDS, was interviewed in the story. In essence, while the story is locally
relevant since it addressed an issue which would also interest Nigerians, there was no effort by the
reporter to localize the report, through getting a ‘Nigerian’ input into the story. Going such extra mile
could certainly have added more weight to the story.

With new brands of condoms coming into the market, Tribune, went to town with a question: Are African men using condoms?” The vox pop which attracted different
types of responses was published on page 43 of the November 17 edition.

While some of the respondents feel condom reduces the sexual pleasure they get with their partners during intercourse, others believe it has helped to prevent
the spread of HIV. There were respondents who vowed to continue using condoms to protect themselves from infection having lost relatives to AIDS.

For some, their decision is to avoid using condoms by remaining faithful and having ‘skin-to-skin’ sex with their spouses alone. But none of the respondents
doubted the condom’s effectiveness in reducing the risk of contracting a sexually transmitted infection
especially HIV/AIDS if used properly.

The vox pop, at least, reconfirms some things already known especially to those involved in HIV/AIDS advocacy. That left to most men, they would prefer to
have sex without condom or any form of barrier. However, due to the growing reality of HIV and AIDS, most men believe that it is necessary for them to protect themselves and their partners by using condoms especially if they have sex with those who are not
their regular partners.

Simply put, Tribune’s effort helps to proof that advocacy campaigns on condom use could be said to be succeeding. It was a good effort from the Ibadan-based
newspaper especially with the fact that well drafted vox pops always interest many readers.

It’s clear that civil society organizations continuously need to build the capacities of journalists to understand issues related to HIV and AIDS be it the simple prevention methods to more complex issues as HIV treatment and policies.

This is because despite the federal government’s announcement in 2006 that it plans to have 250,000 people receiving treatment on its ARV programme which is yet to be achieved, it is surprising that a reporter would be writing that 700,000 Nigerians living with HIV are already on antiretroviral treatment. This was reported in a news story titled’ Forum counsels employers on HIV employee’ published on page 45 of the Guardian, November 7 edition.

Although the figure was given by an official quoted in the story, the reporter could have reconfirmed such statistics. Even figures from the National Action
Committee on AIDS (NACA) show that the 250,000-people-on-treatment target is yet to be achieved. Therefore, before stories are passed for publication, it is advisable for sub/copy editors to also cross check such figures before going to press. Doing this would help avoid such kind of embarrassment on their organization in future.

Other outstanding stories in the month include ‘TB Treatment: Adopting DOTS Strategy, New Age November 9’; ‘HIV Positive people and the Cross of Stigma, The Tribune, November 11; and ‘Nigerian Soldiers’ Wives suffer AIDS from husbands’ sexual escapades in Liberia and Sierra Leone’ which was published in The Sun on
November 26.

But a common story in the papers reviewed was the pre-event publicity given to the MTN Lagos International Half Marathon which held on December 2 in Lagos. The theme of the marathon was ‘Move Ahead… Run Against AIDS.’ All the papers monitored had one or two stories on the marathon.

Interestingly, a ‘good thing on HIV/AIDS’ seemingly came out from the soft-sell magazines in November with Encomium’s ‘AIDS is real and wiping out the nation’ on
page A8 of its November 14 edition. The piece stressed the need for all Nigerians, especially doubting Thomases to become aware that AIDS is real, it is
closer to them than they think and therefore important to protect themselves from getting infected. It was commendable bearing in mind that the soft sell publications especially in the previous months, have often taken delight in publishing frivolous stories like ‘How an Abuja Big Boy infected three Edo babes with HIV’ among others.

In the same vein, ‘Let’s Talk’, a column by Rolake Nwagwu in Glitterati and published by THIS DAY every Sunday, also deserve commendation, not necessarily
because of the issues addressed but the finesse of the columnist in using personnel experiences as a person openly living with HIV to communicate issues relating
to HIV/AIDS to a general audience.

A total of 282 stories were published by all the 16 publications monitored in the month. Of these, 204 were news stories, 35 were features, 29 were opinion
articles and six were interviews. Cartoons and adverts on AIDS were 5 while 3 editorials were published in the month by New Age, The Sun and This Day.

The Sun published its editorial ‘Our dismal AIDS statistics’ on November 1 with This Day’s ‘An Embarrassing AIDS Record’ on the same day. New Age’s Editorial titled ‘WHO diabetes alert’ was published on November 15.

Both The Sun and This Day raised concerns about Nigeria’s unenviable third position after India and South Africa among the countries with the highest number of people living with HIV despite efforts at confronting the epidemic in the country.

The editorials were obviously prompted by a media briefing by the country director of the United Nations Programme on HIV/AIDS (UNAIDS) during the preceding
week in Abuja where UN experts lamented the AIDS statistics in Nigeria.

But This Day made an error in the second to the last paragraph of the editorial which editors of the paper must avoid in future. The paper wrote that “Michael
Jordan, the popular American basket-baller who tested positive to AIDS many years ago, is still living a healthy life today, thanks to good diet and proper medication.”

Of course, it is true that a famous American basket-baller tested HIV positive some years back and is alive today. However, it was Magic Johnson who
tested positive sixteen years ago in November 1991 and not Michael Jordan as was stated in the editorial.

But the newspaper deserves commendation anywa since it published the highest number of stories in the month with 34 reports. It was followed by the Guardian, The Sun and The Nation with 29 reports each. Business Day had just 8 in the month.

Generally, many of the reports in the month had headlines which issues could not be raised with in terms of appropriate use of language in HIV and AIDS reporting except for ‘Provide improved medical care for AIDS victims’ published by Daily Trust on November 22, and Vanguard’s piece on November 30 titled ‘Enugu plans to support HIV/AIDS orphans’. The short acronym for people living with HIV (PLWH) could have been used instead of ‘AIDS victims while HIVAIDS orphans is also stigmatizing and should be avoided.

However, none of the papers monitored found any story on HIV/AIDS worthy of being put on the front or back cover pages in the month.