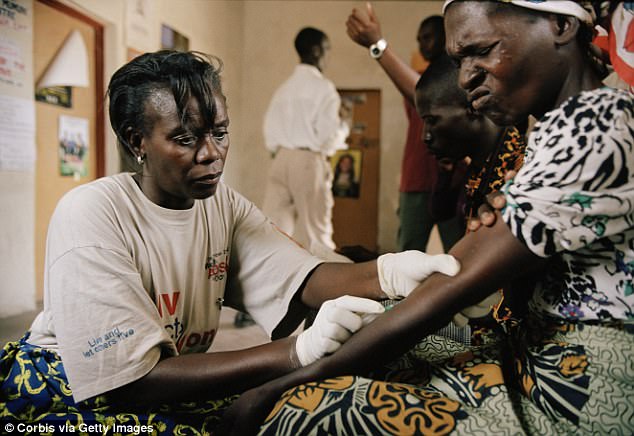 A roundtable in Nigeria takes an unconventional approach to training journalists in AIDS reporting, and how to better understand the disease they cover..

In May 2005, 19 Nigerian journalists gathered at a roundtable to learn more about HIV/AIDS. The host organisation, Journalists Against AIDS Nigeria (JAAIDS), took an original approach to how to deal with the disease: during the roundtable the participants lived through the experience of HIV/AIDS counselling and even underwent testing, in a bid to encourage those who cover health issues to better understand the disease that they write about. Most participating journalists had never taken an AIDS test themselves.

RAP 21: What was the biggest lesson journalists learned from their experience at the roundtable?

Obom-Egbulem: I think the biggest lesson was that VCCT – Voluntary Confidential Counselling and Testing – is fundamental. It is the starting point of every HIV/AIDS intervention. They also learned that because it takes guts to go for VCCT, those who have gone for the test and tested positive need to be encouraged and supported.

RAP 21: What is the biggest problem in the media’s treatment of the disease today?

Obom-Egbulem: The problem in Nigeria is about limited space and airtime. Currently our journalists know what advocacy journalism is all about. They are not only reporters of remarks by politicians, but have become advocates, activists and stakeholders contributing their quota to the national AIDS response. However, they have not been able to practice what they have learned in their coverage of HIV/AIDS issues.

RAP 21: Is there a reluctance on the part of editors and programme managers to cover AIDS-related stories?

Obom-Egbulem: It is not a case of reluctance, its just that there are so many issues competing for the same attention. I mean airtime and space. For us involved in HIV/AIDS advocacy we would wish AIDS gets more than 50 percent of slots and space, but that would be selfish. However what we have now is encouraging. There are newspapers that run a full page on AIDS weekly. There are also weekly columns written by HIV positive people. There are radio and TV stations here that have the policy of broadcasting one AIDS story per week and of course many radio stations run spots and jingles on the disease daily – sometimes before and after any major news belt. Can we ever have enough? Certainly not with a critical issue as HIV/AIDS. But we have to give kudos to the media here.

RAP 21: What, if any, improvements or changes have you seen over the course of your work with JAAIDS?

Obom-Egbulem: Regarding improvements in media response to HIV/AIDS, I think Nigerian journalists are the most mobilised in Africa. One glaring case study was the way they treated the case of a HIV positive student whose admission was withdrawn by authorities at the Nigerian Institute of Journalism. The print media here confronted the institution headlong and consistently churned out article upon article. Those working for TV and radio – at the risk of their jobs – kept broadcasting the stories until the student was re-enrolled in December 2004.

RAP 21: Did the participants write about their experience in their publications the next day?

Obom-Egbulem: Some did. The stories are still being published. But the essence is not just to have them write about their stories but for them incorporate the need to test any time they are writing or whenever they are on air.

RAP 21: What was the ultimate goal of the roundtable?

Obom-Egbulem: The aim of the roundtable was to enlighten journalists about VCCT, it is place in the national AIDS response, why its imperative, as well as best practices. We also felt that there was a need to have an experience of VCCT for better communication to the public, hence we encouraged them to go for VCCT after the roundtable. These aims no doubt were achieved. We are planning another roundtable soon, but this time we will focus on HIV/AIDS and sex work.